The Cannes Lions are to marketing what the Oscars are to movies. Pined-over, sought-after, star-studded and hotly-debated. But even the awards’ haters must admit: winning a Lion carries serious gravitas.

The International Festival of Creativity wrapped up last Saturday. The gathering, now in its 64th year, brought together thousands of people from around the globe working in creative communications, entertainment, design and tech. In between talks by the likes of Sir Ian McKellen and Sheryl Sandberg, the best creative work of the year was honored.

This year, many of the big winners had something in common that’s very near and dear to us: they sold experiences – not things. We wanted to share a few of our favorites with you.

When the Chicago Art Institute got their hands on all three of Van Gogh’s iconic bedroom paintings, they called on longtime pro-bono partner, Leo Burnett. The exhibit would last only 12 weeks, and the museum needed a big idea to build buzz early.

Centered on the strategy of “Let Yourself In,” the partners took the concept of immersive art to the next level – recreating Van Gogh’s bedroom and making it available for rent via AirBnb. Posters resembling old classified ads popped up around Chicago to promote the room for rent, and people texted their interest to Leo Burnett staffers posing as Van Gogh himself.

The room booked up in no time and online ticket sales for the art institute hit an all-time high. Safe to say Van Gogh’s bedroom had something to do with it. 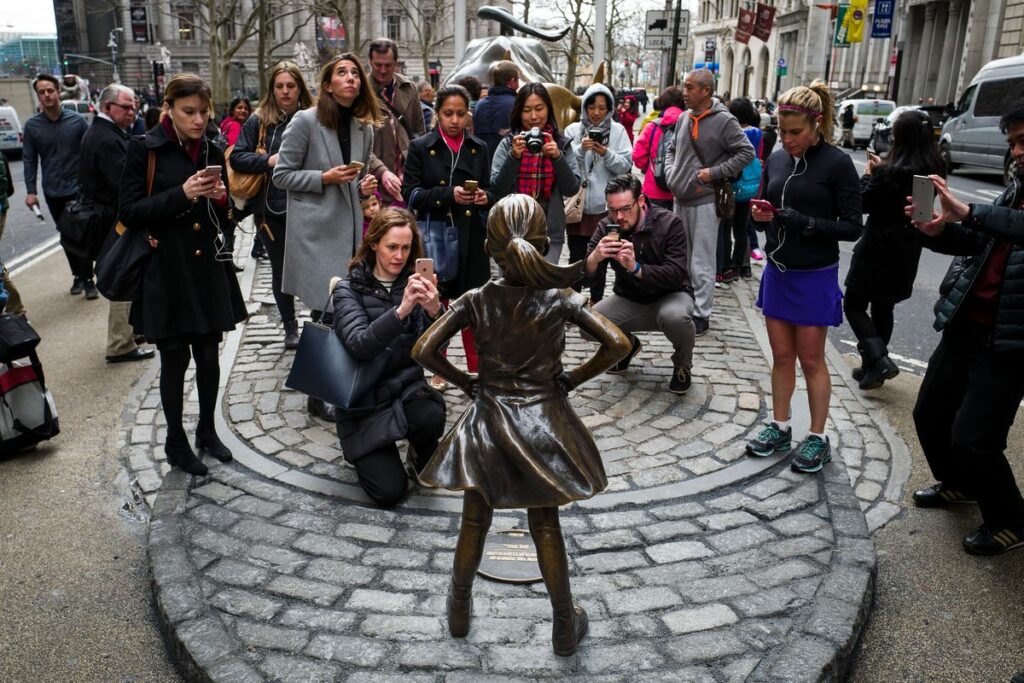 The sculpture that appeared overnight and took the world by storm, Fearless Girl won 18 total awards last week. Positioned proudly across from Wall Street’s Charging Bull, the statue silently issued a message heard across the globe: women in leadership make a difference.

Fearless Girl was developed by State Street Global Advisors and McCann New York and sculpted by Kristen Visbal. Celebrating the power of women in leadership, the bronze made its debut on International Women’s Day and immediately made headlines. In addition to garnering millions of dollars of free publicity, Fearless Girl has become a symbol for aspiring women of all ages.

Boost Mobile has a high concentration of stores in low-income and minority neighborhoods. So, in advance of the 2016 election, they joined forces with their agency 180 L.A. to address voting inequities. On November 8, Boost transformed its private stores into polling places. Staff volunteers manned the sites.

In addition, Boost set up a website to help people register to vote, find their polling place and advocate for equal voting rights for all.

Data and creativity may seem dichotomous, but Whirlpool and DigitasLBi prove just the opposite with Care Counts. The appliance brand put washers and dryers in 17 schools to see how access to clean laundry affected student attendance rates.

The outcome even surprised some teachers. 93 percent of participating students increased attendance in the first year. Now, Whirlpool is looking to expand the program – helping kids stay at and in school, the most important indicator of their future success.

We applaud each of these winners for recognizing the value of brand experiences and rooting their powerful campaigns in a greater purpose. It’s a potent combination we strive to practice everyday.

Next: Five Resources to Kick-Start Your Entrepreneurial Journey