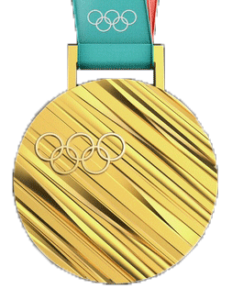 You’ve been preparing for this moment for what feels like forever. It’s taken blood, sweat and tears to get here. And now, it all comes down to this.

Executing your live event isn’t unlike competing in the Olympic games. Success requires ambition, commitment, focus, precision and resilience. Do you have the hunger to win? Have you put in the work? Will the details of your performance set you apart? Can you get back on track if things go wrong? Deliver, and you have yourself a gold medal-worthy event.

Though the 2018 Winter Olympics are nearly complete (tear), they have left us thinking about what it takes to plan and pull off a great event.

The Olympics capture the world’s attention every four years, but not always for the right reasons. At the Munich games in 1972, eight assailants took members of the Israeli Olympic team hostage. The standoff and a subsequent shootout left 17 people dead.

Planning committees have since gone to great lengths to ensure the safety of athletes and spectators alike. PyeongChang reportedly staffed one law enforcement official for every two persons present at the games. Though your event is a less likely target than this international showcase, the security and comfort of attendees should always be a top priority.

Keeping attendees safe and comfortable requires advanced planning, but also a willingness to adapt. Windy conditions have affected many competitions during these winter games. When the women’s snowboard slopestyle final proceeded despite the dangerous conditions, organizers faced backlash. Both men’s and women’s alpine skiing events were subsequently delayed. Like the IOC, you, too, should press pause on any activity that puts participants at risk.

As quickly as 1,218 drones came together to create the Olympic rings, the 2018 Winter Games were proclaimed the most technologically advanced ever. The Opening Ceremony was chocked full of tech-treats, from the use of augmented reality to athletes capturing the spectacle on their Samsung-sponsored phones.

PyeongChang wasted no time in establishing its point of differentiation. Nor should you. Kick off your event with an interactive experience, an evocative video or thought-provoking keynote. Lead with whatever sets you apart.

The cutting-edge technology on display during the Opening Ceremony didn’t stop – or start – there. The Games’ 2018 sponsors are a who’s-who in tech: Samsung, Intel, Panasonic, LG. And each have contributed something special for the games. Samsung developed the official Olympics app, a one-stop shop for real-time updates, athlete information, rankings and medal standings. Intel used the PyeongChang as a testing ground for 5G coverage. The network is capable of delivering massive amounts of data at lightning speed, including 30 live event broadcasts via Intel® True VR.

The technology alone is staggering, but its integration impresses us most. From 360-degree cameras to direction-providing robots, the planning committee evaluated how every innovation would benefit the athletes, coaches, spectators and viewers. It’s not an afterthought, an add-on or simply for show – it’s central to how PyeongChang brought the Games to life.

So it should be at any event. Consider tech integration at your event’s inception. A strong WiFi network is a given, but how else can technology enhance the experience? No bells and whistles here. If the latest innovation isn’t relevant or doesn’t provide a direct benefit to attendees, you’re better off leaving it behind.

The most interesting stories of these Olympic Games have unquestionably revolved around athletes of color. Akwasi Frimpong, the skeleton athlete from Ghana; Seun Adigun, Ngozi Onwumere and Akuoma Omeoga of the Nigerian women’s bobsled team; the Brazilian cross country skier, Victor Santos, who trains on roller skis in the streets of Sao Paolo; and Chloe Kim, the Korean-American halfpipe champ whose dad mouthed “American dream” after she won gold, have all captured, and perhaps opened, the hearts of fans across the globe. Performance notwithstanding, these athletes symbolize progress and inspire future generations.

Your event will also benefit from diverse representation. Feature thought leaders, influencers and headliners that reflect the people you want to attend – the more inclusive, the better. Present ideas and questions that ignite conversation and inspire growth. Showcasing lesser-known faces, voices and perspectives helps push the boundaries of what’s possible, for ourselves and for the world.

PyeongChang went big on the “aww” factor when developing it’s mascot, Soohorang. But he’s more than just a loveable face. The white tiger has been long considered Korea’s guardian animal. Soohorang serves as a “trustworthy friend who protects the athletes, spectators and all participants in the Olympic Games.”

Much of the Winter Games’ branding draws upon Korean history and culture. The 70cm torch represents altitude of PyeongChang, 700 metres above sea-level. The pillar- and star-shaped emblems in the logo renders different characters – or letters – in the Korean alphabet, Hangeul.

While your event branding doesn’t need to incorporate thousands of years of history, it should reflect your vision and values. Identify the benefit of your event and solicit creative support to manifest it in a visual format. Most importantly, make it cohesive. Signage, programs, social graphics, etc. should share fonts, colors and imagery. Delivering a great event tops your priority list, but remember, when things look good, people feel good.

The Olympics’ Instagram account recently featured the story of Petra Majdič. The cross-country skier fell into a ravine during warm-up run at the 2010 Games and broke six ribs. In the semifinals, one of the broken ribs pierced her lung Though she could hardly stand to accept her medal, Majdic participated in the final, winning the bronze.

Her story represents what we love most about the Olympics. They make us feel things nothing else can. We stand in awe of the athletes’ journeys, hold our breath in anticipation, share the heartbreak of defeat, and ride high on the waves of triumph.

Neuroanatomist Dr. Jill Bolte Taylor writes, “Most of us think of ourselves as thinking creatures that feel, but we are actually feeling creatures that think.” Her statement applies to the Olympics and to your live event. You will capture the attention of event attendees by capturing their hearts. Pipe in a moving soundtrack, demonstrate how your product creates connection, create an opportunity for participants to feel part of something bigger, share a transformative story. Walk a mile in your attendees shoes. What stories, presentations or experiences do you most want to engage with? Chances are they evoke emotion.

Under what circumstances do members of 92 different nations meet in the same place at the same time? At the UN… and the Olympics. The verdict is still out on which is better for diplomacy.

If North and South Korea’s competing as a unified team is a view into the future, we have reason to give the Games the nod. One thing is certain: when the Korean women’s hockey team scored their first goal, cheers went up on both sides of the Demilitarized Zone.

Live events inherently bring people together. They present rare opportunities to step outside our respective echo chambers and learn from one another. Can you create an environment for exchanging ideas and developing understanding? Simply serving as host is a great start.

Next: 8 Experiential Campaigns that Celebrate Women